Day 1: Friday
We drove all the way from Northern, VA to Boston Massachusetts the night before the PAX East convention. Yep, all ~8 hours of it! Next time we are definitely taking a plane. We booked the hotel in downtown DoubleTree which is right next to the Hospital and Chinatown. Yay for cookies!!! It took us about 20 minutes or so by foot to get to the Boston convention center. Plenty of time for us walk through Chinatown. It was on the way there.

My siblings, boyfriend, and friends are pretty big gamers/tabletop/anime/nerds.  Check out my boyfriend’s Twitch TimberwolfMKIII and follow him as he streams Dark Souls III, Path to Exile, Division and many other shooters and open world RPG games.

PAX East is my first gaming convention. It was a really cool experience. There were so many cosplayers, really cool arts and displays, entertaining panels, new games and tabletop games to try out. There were also cool contests and freebies. It took more pictures on Sunday PAX East… 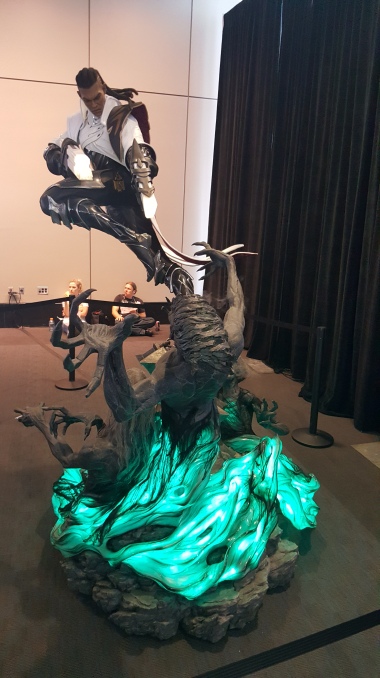 After PAX East it started to rain a little bit, but no worries we made our way to Quincy St Market in downtown Boston. This place is such a treasure. It is a New England style historic building. I was really excited to see what was inside! There were dozens of food vendors and the place is surrounded by shops. This is a really nice place for a large group that can’t decide what to eat. Plus, a nice place to get some souveniers. 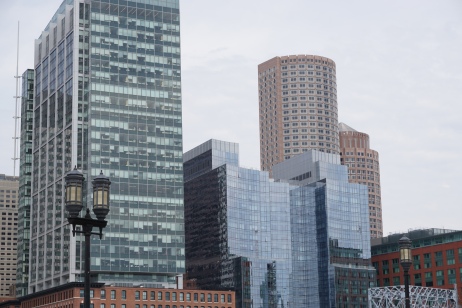 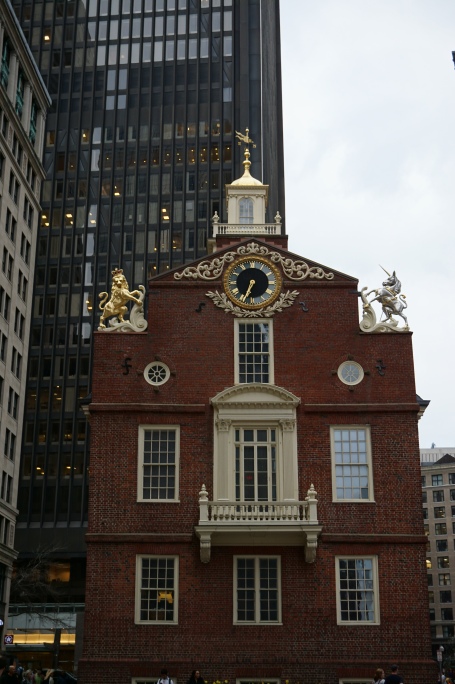 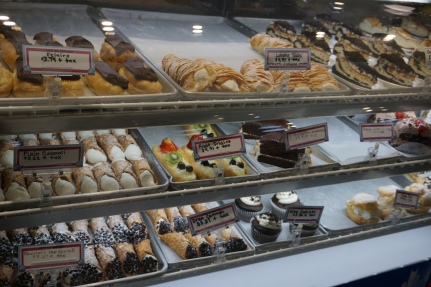 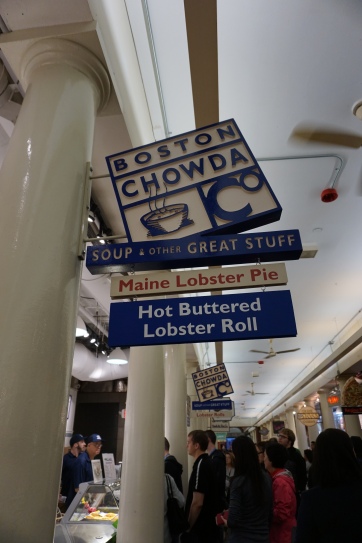 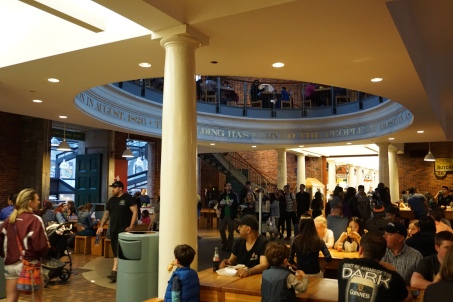 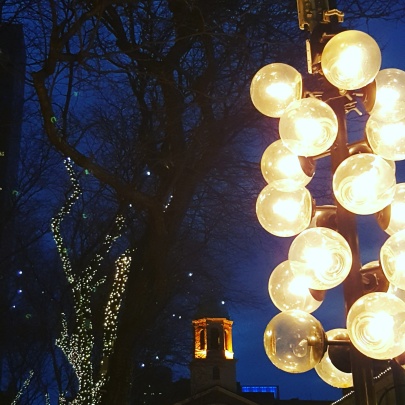 I got the Boston Chowda‘s Manager’s Special which came with a lobster roll, clam chowder, and a drink. The lobster roll was delicious. Real lumps of lobster and the bread was buttered and toasted with grill marks. It was so good! The clam chowder was creamy and had real, whole clams. I want some more!!! Must plan my next trip. LOL. There was also Uniqlo at Quincy St. Market. I love Uniqlo for their airism and heat tech gears.

Next, we decided to get some dessert at the North End of Boston. We went to the famous Mike’s Pastry for cannoli. The line was out the door!! The service was fast though so don’t get discouraged. There were multiple lines. Warning…these cannoli are no joke. They are huge!!! There were so many flavors to choose from: pistachio, amaretto, peanut butter, oreo, tiramisu, pecan caramel, chocolate dipped, chocolate chip…the list goes on. Maybe the line was a good thing…gives me time to think and choose! What better way to eat a cannoli than with some coffee. I noticed there were several Thinking Cup shops in Boston and luckily there was one right beside Mike’s Pastry. Score!! Perfect ending to Boston Day 1. 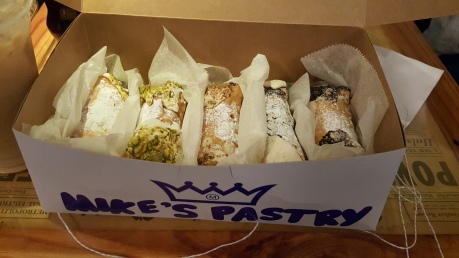 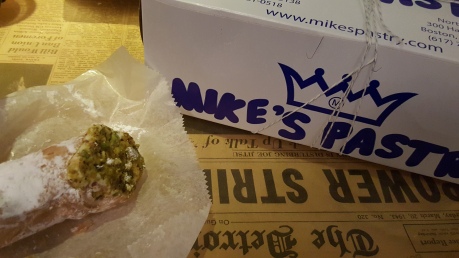