Nara is one of the old capitals of Japan. You certainly get that feeling visiting the many World Heritage sites here. From Osaka, it is about an hour train ride via Yamatoji Rapid Service. Once there at the JR Nara Station, I was panicking because Google map indicated that it’s about a 30 minute walk to the Nara Deer Park. But thank goodness at the exit of the train station there was a bus information kiosk. They even have a English and Chinese translator on staff. The kind lady behind the desk spoke perfect English and even gave us tips as to where to go. Day pass are available for most of the buses in the area. Some places also give discounts with the pass. After stopping in at the conbini (covenient store) to grab some drinks and food, we were ready for our adventure. 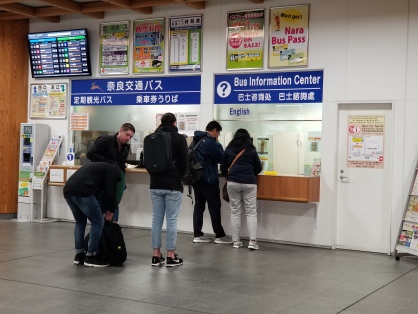 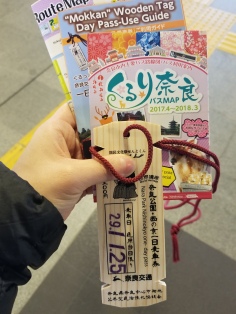 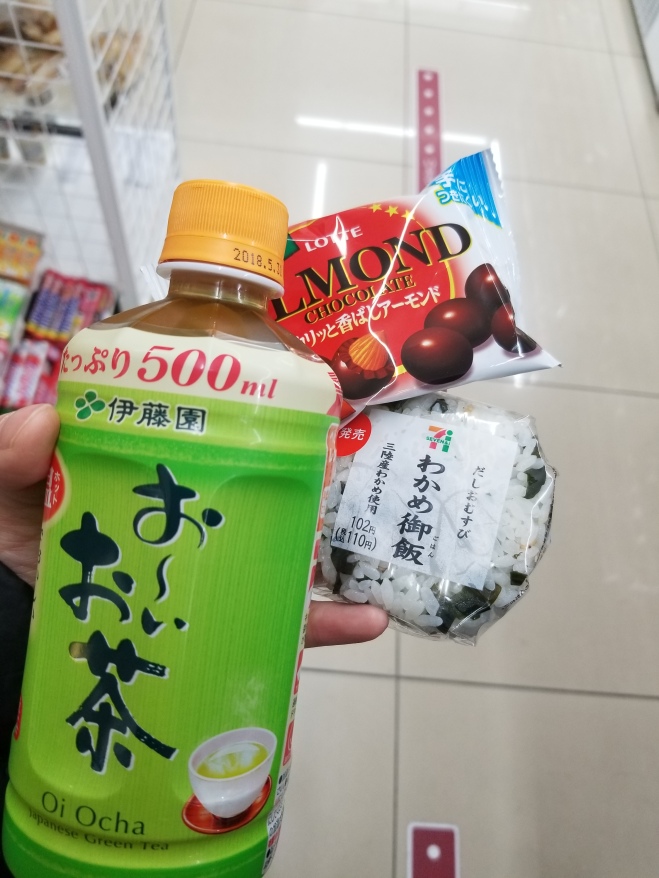 Since we kind of got lost on the train and got to Nara late we had to pick and choose what we wanted to see. Most temples closes at 5 pm. We chose to go to the Nara Deer Park, then to Todaji Temple, and then to Kasuga Taisha Temple. There are a lot to see in Nara.

Throughout the city there are deer everywhere! Deer crackers are sold at booths scattered throughout the Nara Deer Park and the temple sites. The deer here are amazing. They learned to bow to you. So if you bow they will also start bowing. They are also accustomed to humans petting them and taking pictures with them. Last time I was this close to a deer in the U.S. is when I almost crashed into one on the highway. Please don’t attempt to get close to, less pet, the deer in the U.S. They are not nice.

Todaji Temple is a Buddhist temple that is listed as one of the UNESCO World Heritage Site. The temple houses the world’s largest bronze Buddha statue. Admission to the Buddha Hall is 500 Yen, about 5 USD. The wooden temple is a sight to see. While we were there we were lucky enough to watch a ceremony take place with taiko drummers!

Our next stop is Kasuga Taisha Temple, a Shinto temple. On the path to the shrine there are dozens of stone lanterns. The forest must be a magical place with the many deer in the area and these lanterns lit. Unfortunately, when we got to the temple they were about to close. But I was able to get a little fortune delivered by a sacred deer figurine.

Before we took the train back to Osaka, we bumped into this cozy udon shop nestled underneath the train platform. The shop is called Sanjobo. It was sooo good! I ordered the ebi tempura with kitsune udon (tempura shrimp and fried tofu udon). It was super good after the long trek in the cold weather.