The next day we woke up really early to go to Hualien which is the city that houses Taroko Gorge. Taroko Gorge (太魯閣 Tàilǔ gé) is situated on the east side of Taiwan and it is about 3.5+ hours train ride from Taipei. It is a must-see destination. There are many guided tours and if you want to go from Taipei it can be very expensive. We opted to take the scenic train ride which was only about $25 USD round-trip per person. Doing a day-trip this way is very limiting as Taroko Gorge is a huge place and that only gives us about 5 hours to explore the whole park. I would also suggest going across the street from the train station to get some food from 7-11 to take with you as the food choices are very limited and expensive on the way up. 7-11 has many choices from lunch boxes to sandwiches to onigiri (rice balls stuffed with yummy fillings). Don’t forget water! 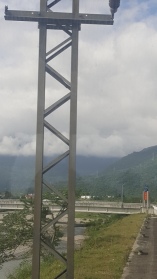 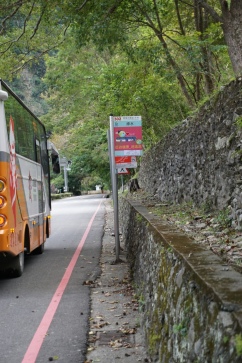 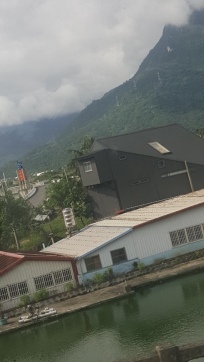 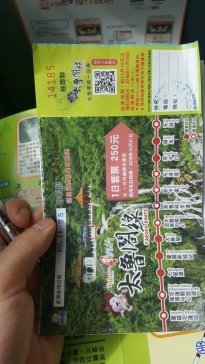 Once you reach the Hualien train station there are many options to get to Torako Gorge which is about 30 minutes away: bus, moped rental, car rental, and taxi. Driving in Torako Gorge is a brave endeavor as the roads are narrow, often single lane passes, and consists of winding path next to a cliff. It’s not for the faint of heart. We bought a whole day bus pass (~$8) that stops at all the main attractions in the park. Make sure you grab the bus timetable so that you know when bus will arrive at the pickup points.  Since we only had 5 hours we had to pick and choose which attractions to see and explore. Some trails are closed for various reasons so do ask before you go. We also rode the bus all the way to Lushui which is the second to the last stop on the bus and work our way backwards. We picked Lushui hiking trail (綠水步道 Lǜ shuǐ bùdào), Swallow Grotto (燕子口 Yànzǐ kou), and the Eternal Spring Shrine (長春祠 Zhǎngchūn cí). Go here for a full list of attractions. After this experience, I really recommend staying at Hualien or Tianxiang (天祥Tiān xiáng) for two days and get the 2-day bus pass. Tianxiang is a small town at the top of the Torako Gorge. It’s  Here is also a list of places to stay from the Taroko National Park site.

Lushui hiking trail (綠水步道 Lǜ shuǐ bùdào)
Unfortunately the Lushui hiking trail was closed when we went, but we did go exploring around the campgrounds and took some really awesome pictures of the river that runs through it. You can also see small waterfalls on the side of the cliff. This is a major spot to camp at. 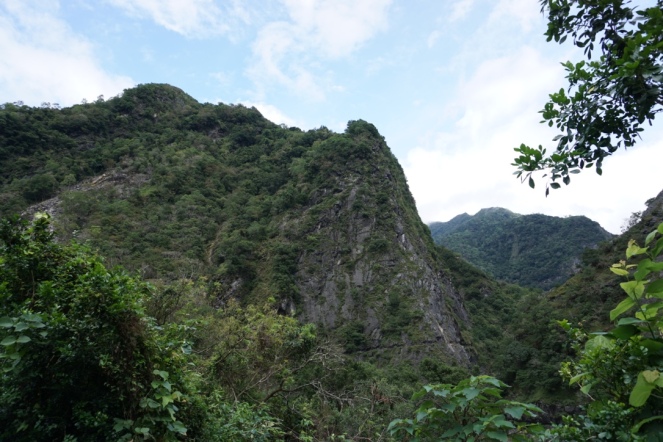 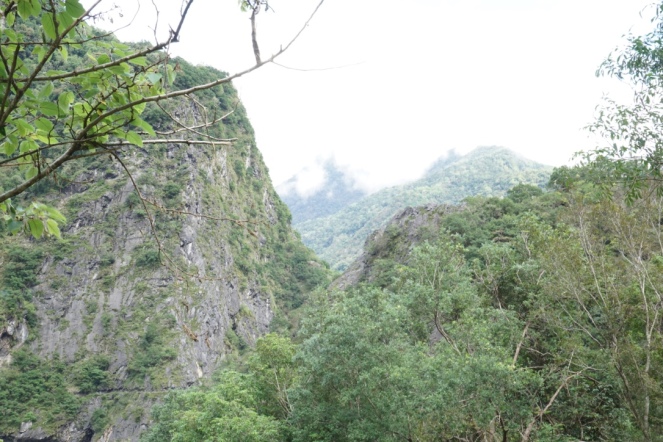 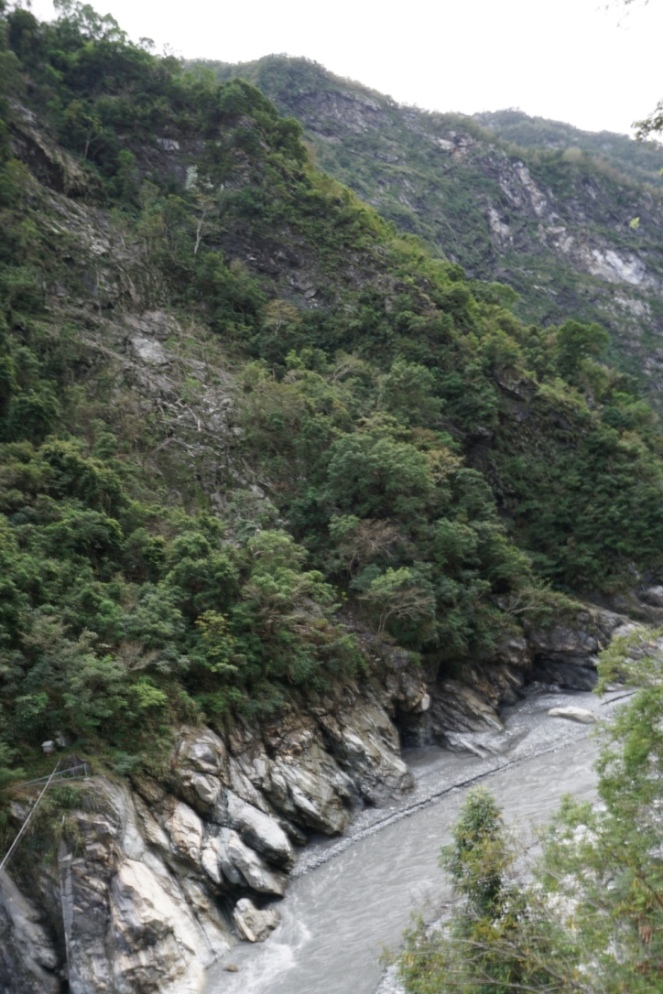 Swallow Grotto (燕子口 Yànzǐ kou)
If you had to pick only one place to explore, it would be this one. The geological formation of the grotto is a feast to the eyes. There are many potholes that form from natural causes  that are homes to swallow nests. The trail was breathtaking and if you are afraid of heights then you will be trailing the wall like I did! 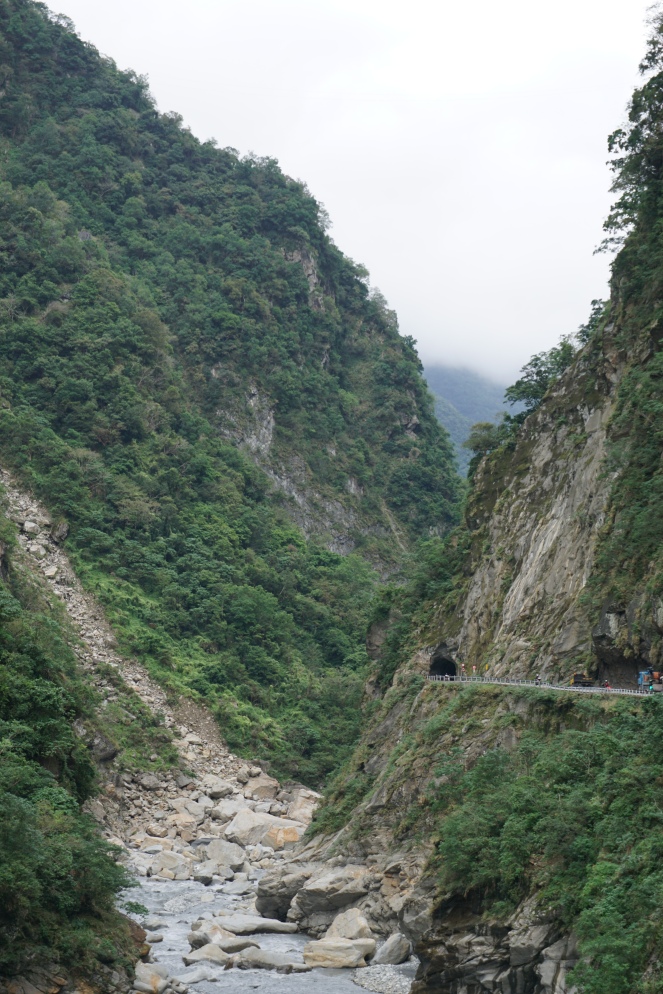 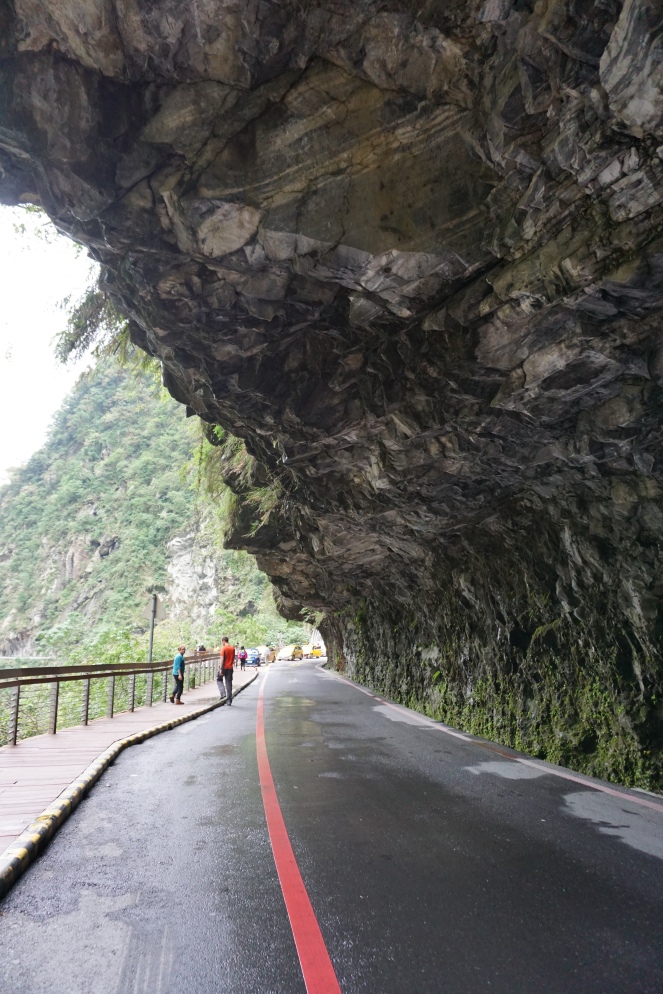 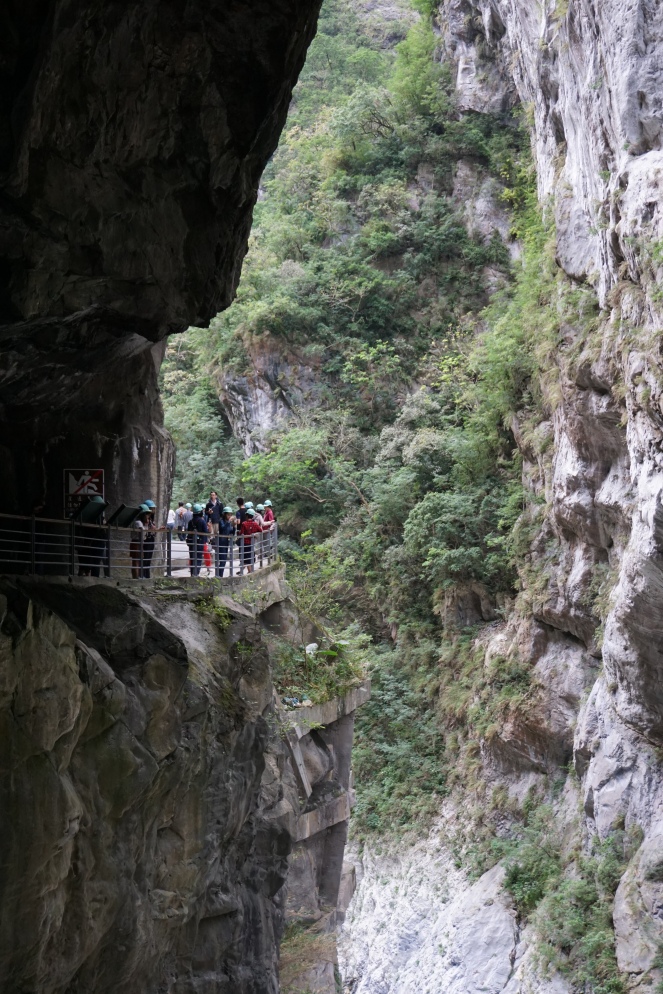 Eternal Spring Shrine (長春祠 Zhǎngchūn cí)
The Eternal Spring Shrine was modeled after a famous Tan Dynasty temple and stands as a commemoration of the 225 veterans who died while constructing the highway. It is breathtaking with the waterfall running through it. There is a small cafe next to the tour/bus stops and a bridge connecting to the side of where the shrine is located. Once you cross the bridge you take the steps down to a cave where there is a small shrine that looks like something situated in a excavation movie.  It was stunning. There is a pathway to the shrine, but I’m not sure if it is open as it was closed off when we were there. 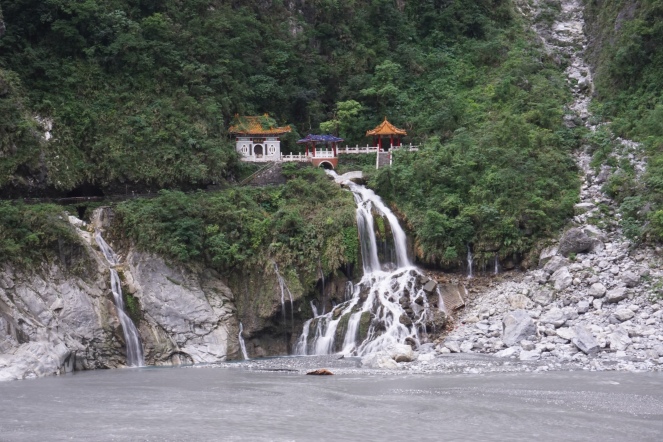 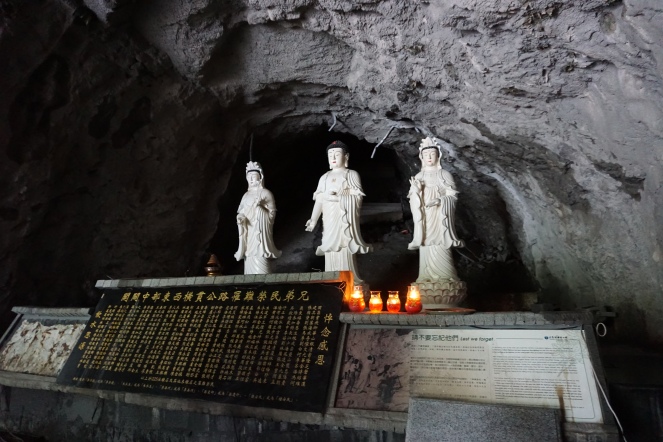